Here you will find components for the installation, set-up and operation of a video surveillance system, which play a big role in reliability next to the surveillance camera. 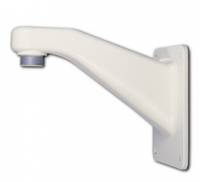 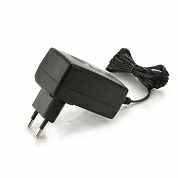 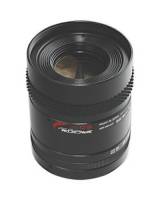 Lenses for surveillance and machine vision 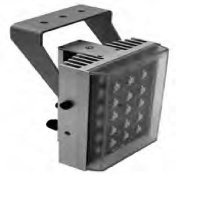 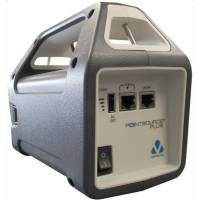 Video Encoder with VCA
Filter by 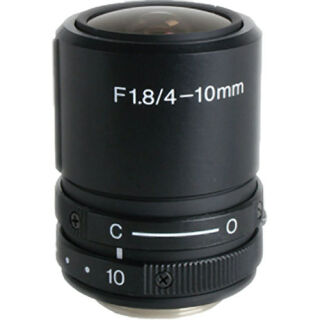 Find out what to look for in a good video surveillance system and how to avoid serious mistakes in the planning of each component!

A surveillance camera is 80% used outdoors and only 20% indoors. The majority of security cameras are exposed to wind and weather for many years and have to work around the clock, 24 hours a day. Today's cameras are up to these standards and usually have at least protection class IP66 (protection against strong jet water) or even IP67 (protection against temporary submersion). The failure rate of surveillance cameras is less than 1%, while cameras running 24/7 are far less common.

But a video surveillance system is more than just the camera:

An important component is the camera bracket, which provides a stable grip and blur-free video for many years, even in extreme weather conditions such as strong storms. Careful planning also determines the optimal space for the camera. Accordingly, there are many different mounts:

Make sure that the bracket is fastened with at least 4 screws and is torsion-free mounted. Many brackets are made of painted aluminum, which generally offers better protection against rust.

There are 2 known possibilities: Recording the video data to a VCR, network recorder or NAS server with hard disk or a simple recording to the SD card installed in the camera.

Recording on SD card has the significant disadvantage that the reliability of long-term recordings of surveillance cameras, ie a 24/7 operation, is not given because these cards are not designed for it. It may be okay for a while, but sooner or later a breakdown will occur. A good application of this type of recording is the removal of single images, short sequences or event-controlled recordings.

Here the network recorder or the hard disk designed for the purpose makes a considerably secure recording.

Sound planning also includes hard drive size calculation: There are many planning tools available on the Internet, based on the number of cameras, the resolution of each surveillance camera (the most popular resolutions are 2MP (FullHD) and 5MP), the number of frames per second and the Compression type (H.264 / H.265) calculates the exact required capacity. Click here for the calculation tool!

The network cable is used as standard for transmitting the video signals to the network recorder. The range should not exceed 100 meters, we recommend for a guaranteed data transmission no more than 80 meters. You will find in our shop a number of so-called LAN extenders, with which they can expand range up to 2.4km.

The WLAN transmission is mainly used in smaller systems, where the laying of network cables is difficult. However, the range of WLAN cameras is very limited. Within buildings, the distance should not be more than 15 - 20 meters (depending on the building substance), in the outdoor area not more than 30 - 40 meters.

Also interesting is the transmission of IP camera signals over an existing coax cable. Coaxial IP converters are used here to convert the IP camera signal for transport via the coaxial cable. Ideal for converting analog video surveillance equipment to IP cameras.

If there is no Internet access or if it is not possible to connect to a router, an LTE router is available, which feeds the video signals of the surveillance cameras into a mobile network via LTE or 3G.

In the meantime, the power supply of IP surveillance cameras with 12V DC is standard. This is realized either with a 12V power supply, which is connected directly to the camera, or the camera is supplied with power via the network cable. This technique is called POE = Power Over Ethernet. A POE switch, which is installed between camera and recorder, drags the supply voltage into the network cable. So the camera can be operated with only one cable. Very useful in case there is no power supply at the installation site of the surveillance camera. The range of the POE supply is equal to the maximum network cable length of 100 meters or 80 meters. Again, there are technical possibilities to increase the range.

With the increasing popularity of dome cameras and bullet cameras that have already incorporated the lens, the application of high-resolution objects has moved more into production monitoring. The interchangeable lenses of boxing cameras are used: Because of the higher flexibility, the focal length and quality of the object to be monitored can be precisely determined, while dome cameras and bullet cameras often work with compromises. Ultimately, the use of dome and bullet cameras is easier, since the determination of the exact focal length is eliminated and worked with so-called variable lenses, which can be adapted, sometimes even electronically.

Many surveillance cameras in almost all designs have built-in infrared LED's that work in a frequency spectrum above the human visible range. This range is between 800nm ??and 1000nm, so also above the color spectrum. So are night shots with the built-in IR LED`s only black and white. But this also has the great advantage that no additional headlights are necessary for a good illumination of the scene. Thus, the area to be recorded is daylight even in absolute darkness for the camera sensor.

If the range of IR LEDs installed in the surveillance camera is insufficient, there are external IR floodlights that can be additionally installed.

The solid installation and orientation of a surveillance camera can take a long time if there are no suitable tools available. As a rule, 2 people are involved, who communicate via radio and thus find the right angle and the right focus: the first person mounts the camera and makes the adjustments, and the second person checks the result on the monitor. Today, thanks to smartphones and tablets, there are much more convenient options, and only 1 person is needed. The camera is powered by mobile chargers with built-in WLAN, the signal of the camera can be controlled directly on the tablet. These installation aids are specially designed for security companies, as the adjustment of the camera can be made much more precise and faster. For installations of 50 or more cameras this is a cost saving in the high 4-digit range.

For planning and selecting the right components for a reliable video surveillance system, we are very happy to help you on 02433/964 25 80 or by e-mail to service@blick-store.de! We are looking forward to your contact!