The NVR recorder as a safe recording and storage device for IP surveillance cameras!

With a network video recorder, the video signals from connected IP cameras can be recorded, archived and edited. The recorder is the central storage device of a video surveillance system, as all IP camera signals converge here and are stored or processed as required. 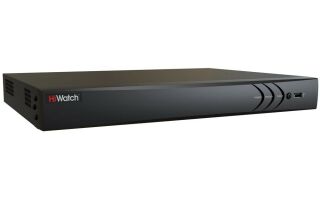 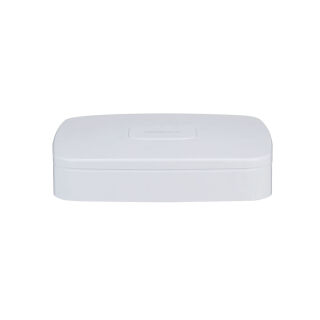 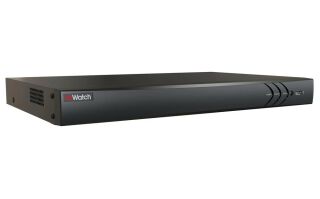 How does an NVR recorder work?

In contrast to the so-called DVR recorders, which record the video signals from analog surveillance cameras (hybrid solutions can manage both analog cameras and IP cameras), the NVR recorder is only suitable for the recording of IP cameras, ie network cameras. This technique has prevailed in recent years, although the DVR is still used as a hybrid solution in existing systems with analog camera technology.

What is the difference between analog surveillance cameras and IP cameras?

Analog cameras need the coaxial cable to connect to the recorder. IP cameras work with a network protocol, so they can be integrated into any network. This is the biggest advantage of IP technology over analog systems.

The analogue surveillance technology was coined by the term CCTV (Closed Circuit TV), as the surveillance systems were closed systems without access from outside and without the possibility of networking. With the introduction of network technology, it was possible to use the recorder (or storage media such as network storage NAS) not only as a local recording device, but as a central server and storage for all cameras available in the network, regardless of location.

With the further development of the camera sensors in the megapixel range, however, the analog technology reached its limits, since it was not possible with conventional technology to transport video signals with more than the VGA / D1 via the coaxial cable. Although experimenting with different methods (stitching, ie the serial transmission of partial images), but without success. Only the HD-SDI technologies, which had already been used very successfully in the broadcast sector, and HD-TVI and HD-CVI enabled the transport of Full HD video signals via the coaxial cable.

Meanwhile, IP cameras are the standard in video surveillance. New systems use the network as a carrier of information between network recorders and IP cameras.

Which NVR recorder do I need for my system?

First of all, it is important to set the number of IP cameras. If the system is to be expanded later, plan for additional cameras.

2. The video signals are recorded on a hard disk, which is offered in different sizes. To determine the disk size, the following information is required:

b. Recording duration: Here you determine whether you want to record continuously, ie 24 hours on 7 days, or only on weekdays or during opening hours, maybe even in case of alarm.

d. Compression method: Here you can save a lot of space with the H.264 or with newer cameras H.265 method, since only the image changes are transmitted.

If you're shy of calculating and fixing all of this information, there's a relatively simple way to safely calculate your storage space:

How can I watch the recorded videos?

The NVR recorder usually has an HDMI output and often an additional VGA output, so the videos are displayed on the screen via a menu. Many NVR recorders also have web access for smartphones and tablets. This can be used to display both live videos and recorded videos. So you can access the videos from anywhere in the world.