AP is a German importer of surveillance cameras with built-in LTE 3G transmission modules that operate with a SIM card.

The video data can be sent over the mobile network. The videos, whether live or saved on SD card, can be transferred to the smartphone or tablet from anywhere in the world.

- Surveillance cameras as fixed cameras, which are installed and then aligned with the scene to be observed. Available with different lenses for different
perspectives

- PTZ dome cameras that can pan and tilt. Equipped with a zoom lens up to 22x optical magnification

- LTE miniature cameras as a small, compact solution for caravans, trailers or lorries

All cameras have built-in IR night vision LED, which have a range of up to 150 meters. 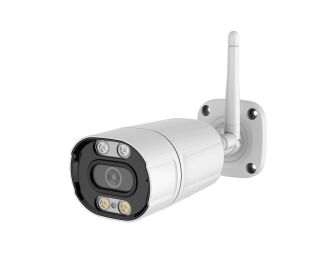